I Know What My Company’s Value Proposition Is. Why Aren’t Customers Buying What I’m Selling?

Entrepreneurs are constantly told that they need to be able to explain how their business benefits customers in the time it takes to ride 30 seconds in an elevator. Then entrepreneurs are given conflicting and confusing directions on how to go about developing this elevator pitch. An entrepreneur ultimately settles on one approach, then starts to broadcast the value proposition to prospective customers. When no one responds to their pitch, entrepreneurs are stuck wondering what they’ve done wrong. The problem is that understanding how value is created is very simple, but unfortunately, it’s never explained that way. To put it simply, there are 6 different ways to create value for a prospective customer. Following are examples of 6 entrepreneurial stories, demonstrating the ways in which a value proposition is created. 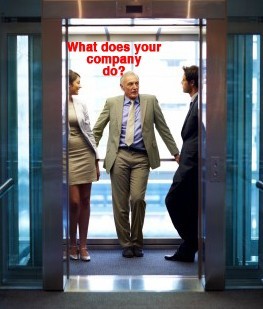 ·        The Why (What Problem Is Being Solved): Madam C.J. Walker decided to find a cure for her own hair loss. In the 1890s, she began to notice places on her scalp where she was losing her hair. Bald spots were not rare among women of that time, particularly in areas without running water and electricity. Many women made a habit of washing their hair only once a month, and their scalps suffered, thus making it difficult for hair to grow.

·        The How (What Solution Is Being Provided To Solve The Problem): Her ailment would become the impetus for a large, multi-faceted, international company that sold hair care products—including an inventive vegetable shampoo that she developed—and that offered training to women both as hair stylists and as sales representatives. She experimented with formulas and settled on a new regimen of washing her hair more often and using a formula that combined a petroleum jelly-like balm, beeswax, copper sulfate, sulfur and perfume to hide the sulfur smell.

·        The What (What Is The Solution’s Impact On Customers): Madam Walker, the daughter of former enslaved laborers in Louisiana, created educational opportunities for thousands of black women and provided them jobs and careers, and opportunity to make money, and to make money in their own community. Walker started her business by selling her formula door-to-door. Because of a growing urban black population after the turn of the century, she targeted African-American women. She knew that this market was untapped. By the end of her life, just a short dozen years after Madam C.J. Walker products had begun to be marketed aggressively and successfully, she had created ten products and had a force of 20,000 saleswomen. 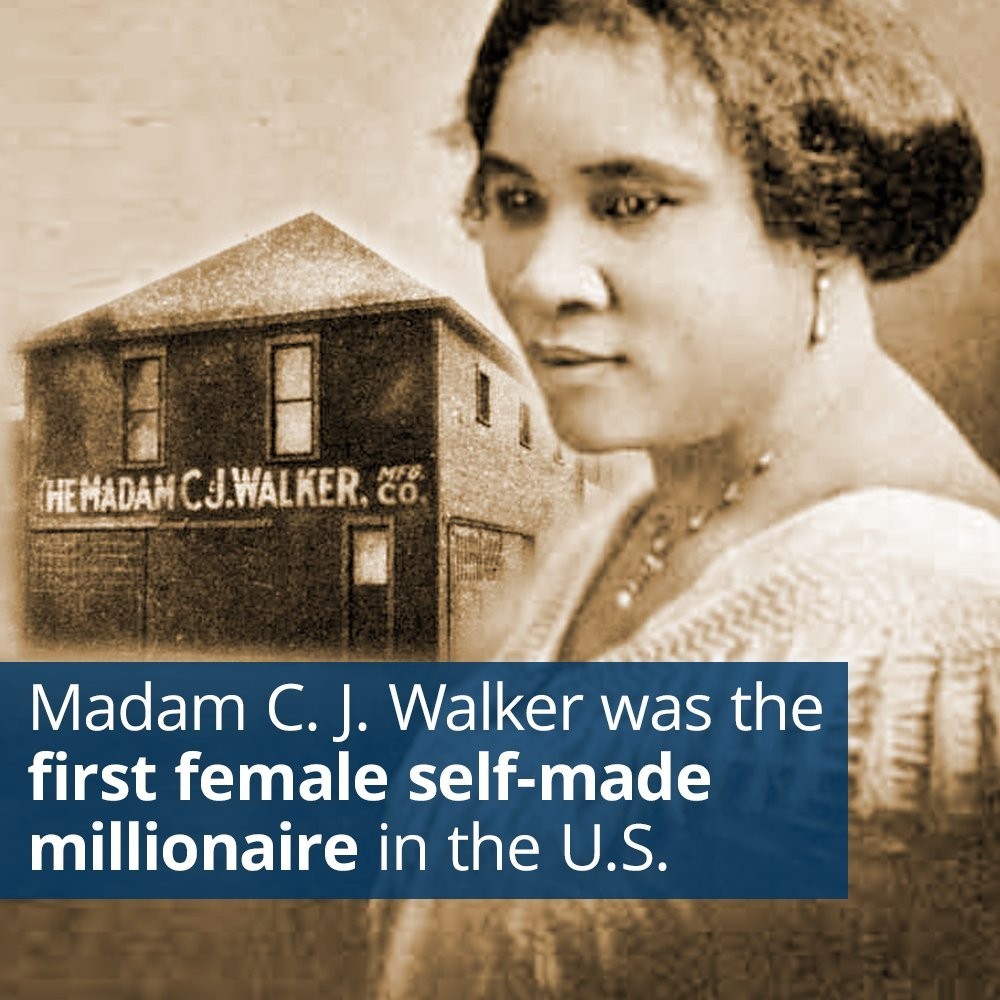 ·        The Why (What Problem Is Being Solved): The Women’s Business Enterprise National Council (WBENC) is the largest certifier of woman-owned businesses in the U.S., and an excellent resource for female entrepreneurs. Lots of businesses get certified by the WBENC because they want to work with Fortune 500 companies. The vast majority of major companies have what’s called a Supplier Diversity department, and are actively looking for opportunities to engage with women owned businesses so that they can bring them in under contract as part of their sourcing for any variety of projects.

·        The How (What Solution Is Being Provided To Solve The Problem): To be certified as a Women’s Business Enterprise (WBE), a business must be at least 51% owned, controlled, operated and managed by women. Becoming certified by the WBENC is a great way to meet other founders and business leaders, and their guidance can help take a company to the next level.

·        The What (What Is The Solution’s Impact On Customers): WBENC provides access to large corporations and federal agencies, training and educational programs, networking opportunities, access to leads for bids and proposals, mentorship programs, workshops, and pitch competitions. 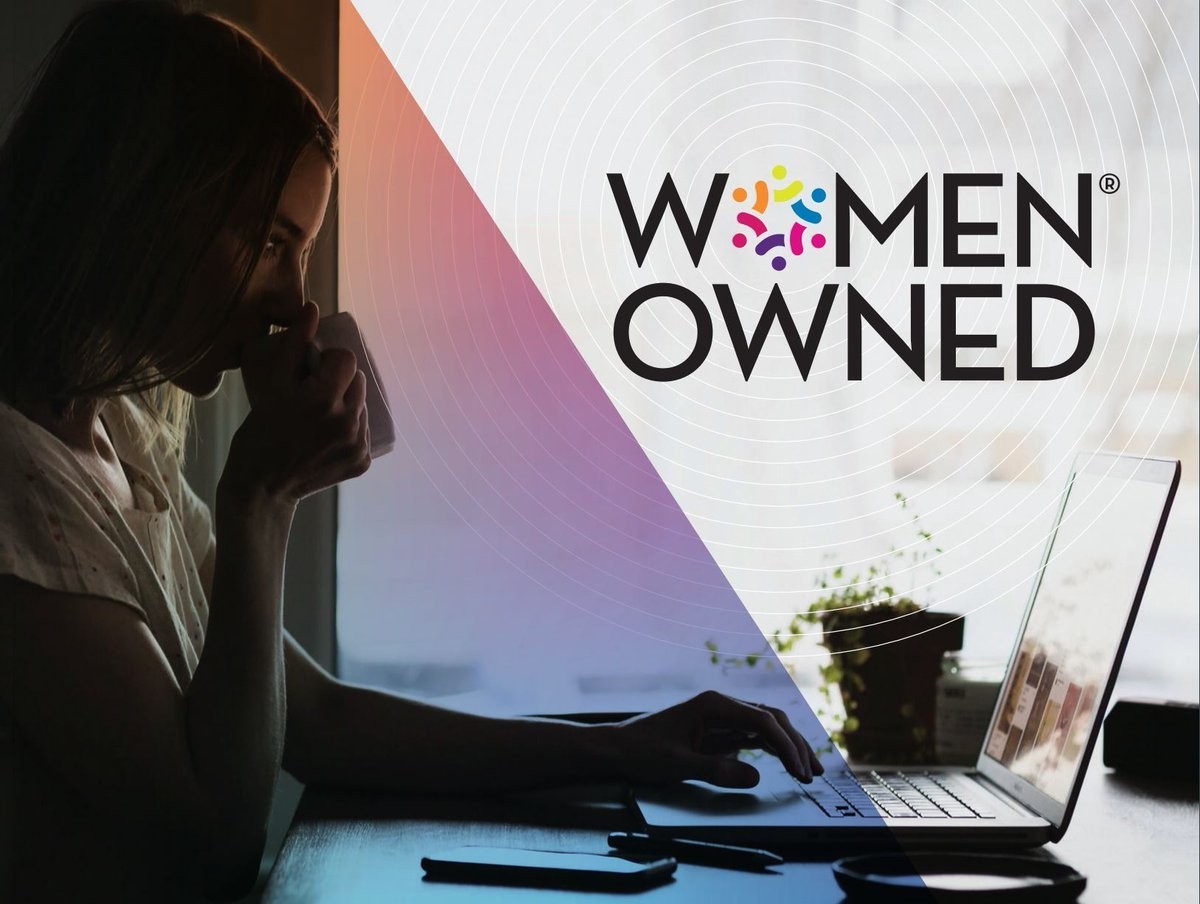 ·        The Why (What Problem Is Being Solved): DoorDash was created with the intention of building an effective on-demand delivery infrastructure for local cities. The Company was built around the concept of helping small retailers reach a broader base of consumers.

·        The How (What Solution Is Being Provided To Solve The Problem): The DoorDash team created a prototype website that included a choice of eight local restaurants, whose menus they uploaded in PDF format. Orders were placed via a Google Voice phone number shared by the founders, who would make the deliveries personally. DoorDash has expanded significantly, offering services across 15 metropolitan areas in the US, including major cities such as New York, Chicago, Los Angeles, and Boston. DoorDash manages to differentiate its food ordering service from traditional takeaway companies by providing delivery for restaurants and food outlets that do not have their own delivery services. This generally opens the platform to a higher quality of participating restaurants, which attracts a more affluent clientele.

·        The What (What Is The Solution’s Impact On Customers): DoorDash typically markets its platform to customers that do not have the time, capacity or inclination to cook for themselves. This largely comprises, relatively tech savvy young professionals and young families with working parents who have less time to prepare and shop for food, but have a reasonable amount of disposable income that can be spent on eating restaurant-quality food. DoorDash provides consumers with access to a broad range of international cuisines, including Japanese, Chinese, Mexican, and American; operating a simple online ordering portal that is accessible through desktop and mobile browsers, as well as through mobile apps for iOS and Android systems, allowing customers to place orders from anywhere; utilizing proprietary logistics technology to deliver orders to customers in 45 minutes or less. 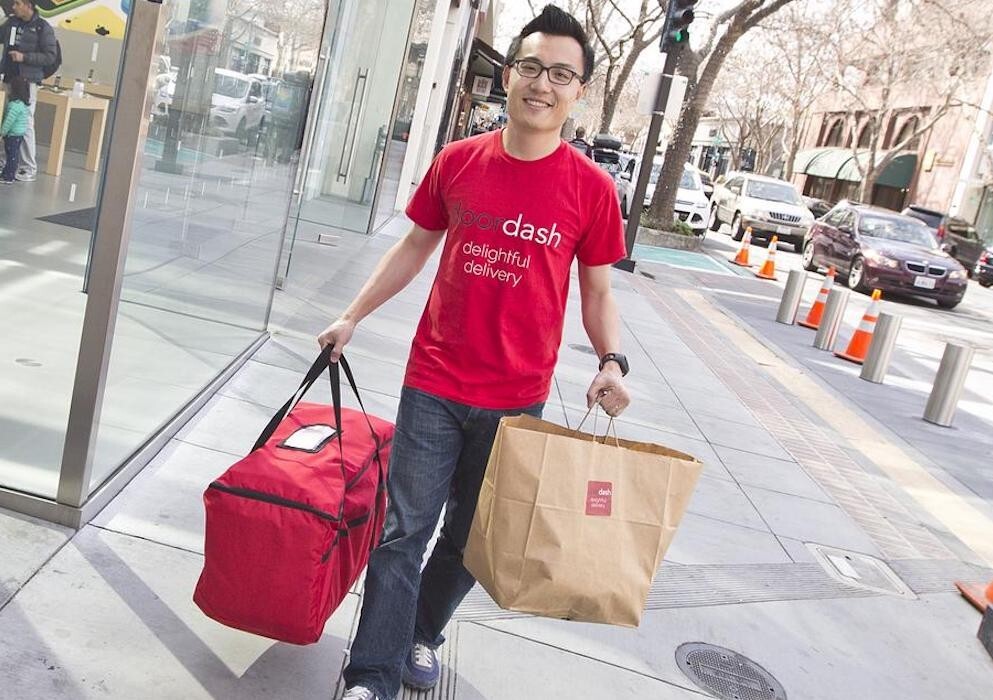 ·        The Why (What Problem Is Being Solved): Aldi’s primary appeal to shoppers is low prices – 30% below the supermarket. Known originally as a limited assortment store, Aldi has developed a more well-rounded shopper value proposition by offering an expanded product assortment that’s broad enough to satisfy a household’s complete grocery shopping needs.

·        The How (What Solution Is Being Provided To Solve The Problem): Aldi does some radio and TV advertising, but its use of digital marketing on the website and in social media is one of the things that allows it to control costs.

·        The What (What Is The Solution’s Impact On Customers): Aldi maintains more than 1,700 different items in stock, almost a thousand more than when Aldi first entered the market in the late 1970s. The differences from the early-years’ assortment span the store: A larger perishable offer, including 70 fresh fruits and vegetables; 25 cuts of fresh pork and beef, most of which is USDA choice; More than 75 different cheeses, including some specialty items; and several hundred general merchandise items. 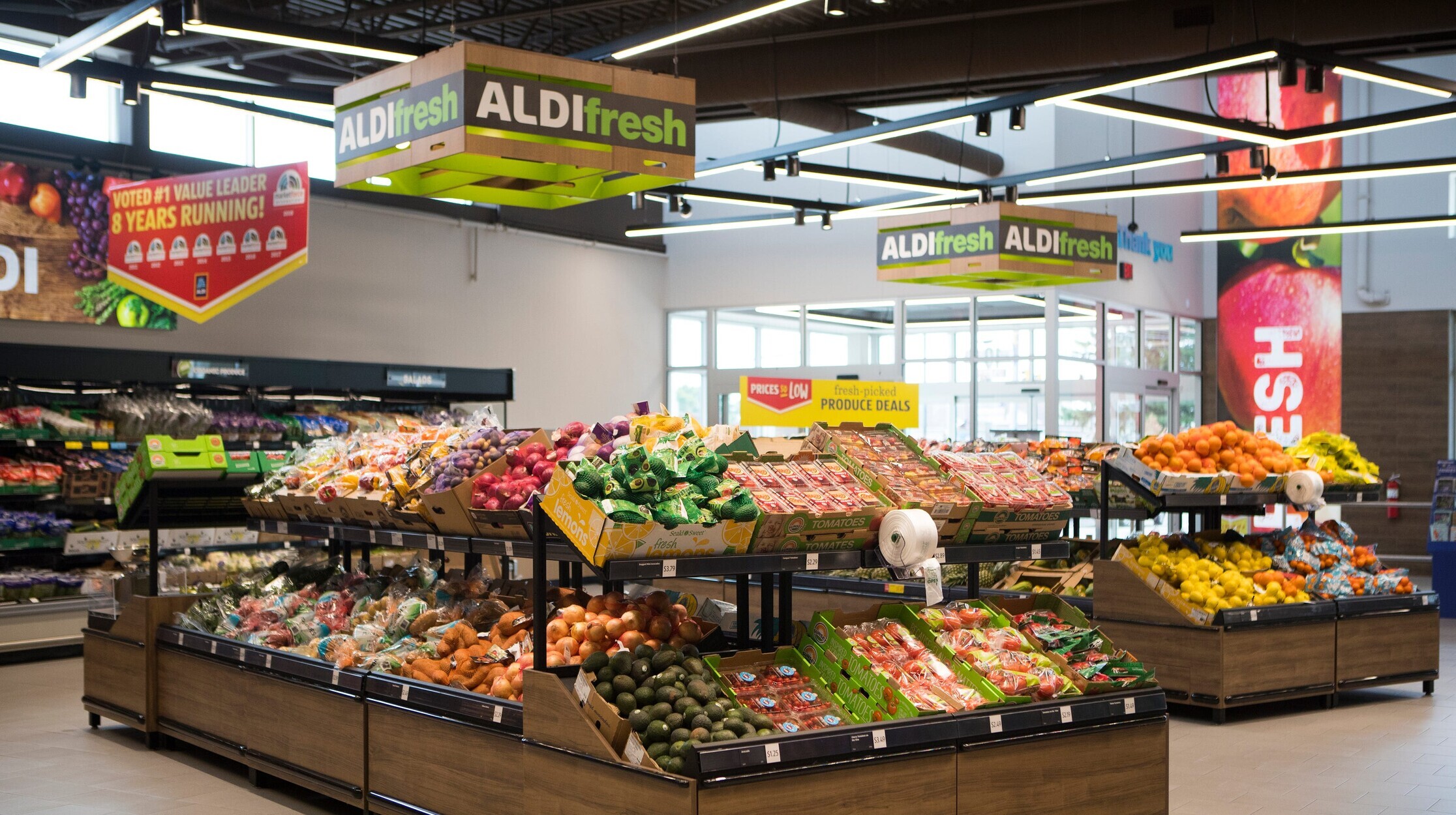 ·        The Why (What Problem Is Being Solved): A high-school dropout named Bill Lear was the mastermind behind an aircraft that was built to fly the world’s wealthiest people.

·        The How (What Solution Is Being Provided To Solve The Problem): Based partly on the design of a prototype Swiss fighter, its performance is sensational. It can fly as fast as a transatlantic Boeing 707. Up to 40,000ft, it can outclimb a US Air Force F-86 Sabre. Its twin General Electric turbojets are a civilian version of those thrusting the latest Northrop F-5 Freedom Fighter way past the sound barrier. For many, it remains the definitive business jet.

·        The What (What Is The Solution’s Impact On Customers): In 1965, Frank Sinatra took delivery of a brand new Learjet 23. Although bought mostly by more conventional business tycoons than Frank Sinatra, the scintillating $495,000 jet made its name in Hollywood among those who would broadcast its qualities to the world. It was a prop in the popular ABC TV show The Dating Game (1965-73), flying contestants – among them budding starlets Farrah Fawcett and Lindsay Wagner and eligible bachelors Lee Majors and Arnold Schwarzenegger – to San Francisco or Las Vegas. In the mid-1980s, a Learjet 23, was used to film the breathtaking aerial sequences of Top Gun, starring Tom Cruise. 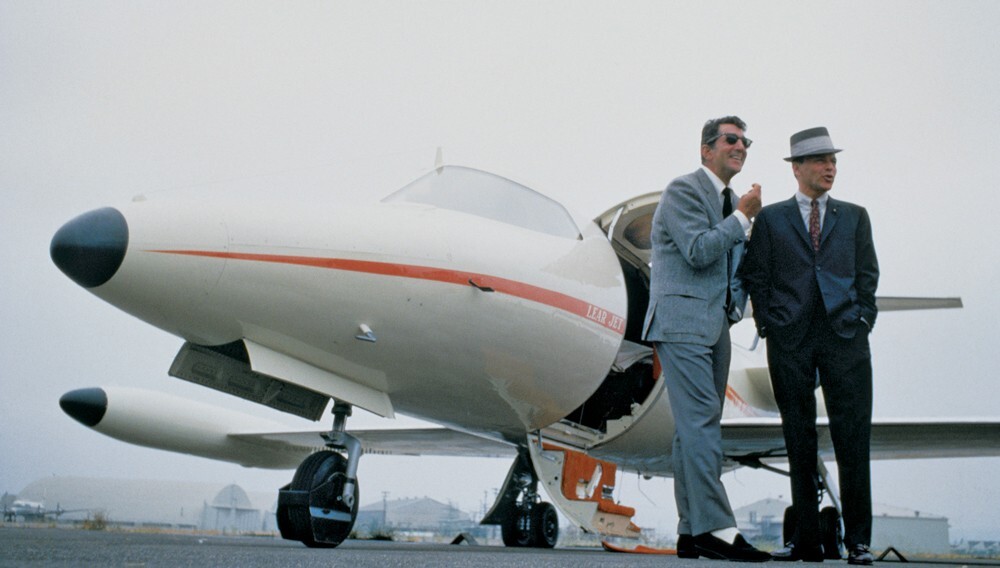 ·        The Why (What Problem Is Being Solved): Starbucks has managed to differentiate itself from competitors by creating the unique value proposition of becoming the “third place” for customers, after home and the workplace. Purchasing a cup of coffee has become an affordable luxury and an experience in itself. Customers are able to order customized drinks and enjoy the beverage in a relaxed, upscale environment.

·        The How (What Solution Is Being Provided To Solve The Problem): Starbucks owns and operates most of its stores. In addition, the company doesn’t do any traditional advertising. Instead, Starbucks focuses on strengthening its value proposition by providing high-quality products and service. Since the average customer typically makes six visits per month (with the heaviest 20% of users visiting over 15 times per month), the company chooses to focus on delivering a consistent experience for its loyal customers, and by doing so, retain new visitors.

·        The What (What Is The Solution’s Impact On Customers): Starbucks has grown to become the largest coffeehouse company in the world, offering a variety of products, ranging from fresh foods and baked goods to brand merchandise and coffee equipment. It currently operates in 67 countries with a total of 22,519 stores, serving around 50 million customers per week. 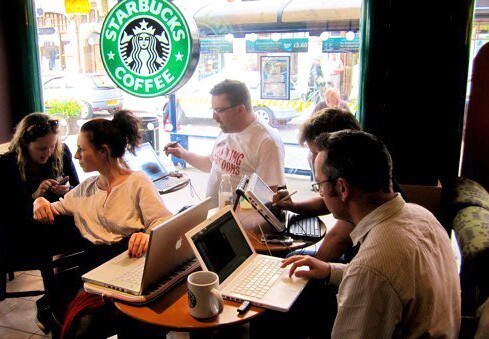